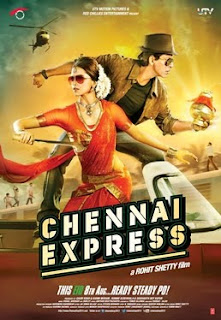 Chennai Express is a 2013 Indian romantic action comedy film directed by Rohit Shetty, and produced by Gauri Khan for Red Chillies Entertainment. The film features Shahrukh Khan and Deepika Padukone in lead roles; it is the second collaboration between Khan and Padukone after Om Shanti Om (2007). The film is about a man's journey from Mumbai to Rameswaram, and what happens along the way after he falls in love with the daughter of a local don. Principal photography began on 27 September 2012, filming began in October 2012 and was completed by May 2013.

Chennai Express was released in the overseas markets on 8 August 2013, and a day later in India. Extensive paid previews were held in India on 8 August as well. Although the film received mixed reviews from critics, it broke several box office records in India and abroad, becoming the quickest film to collect ₹1 billion (US $15 million) net domestically. 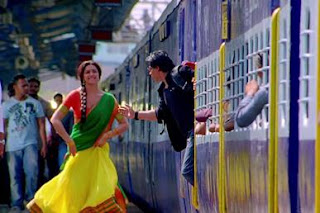