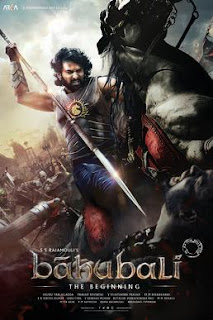 Baahubali: The Beginning is a 2015 Indian epic historical fiction film directed by S. S. Rajamouli. Produced by Shobu Yarlagadda and Prasad Devineni, it is the first of two cinematic parts. The film was simultaneously made in Telugu and Tamil.