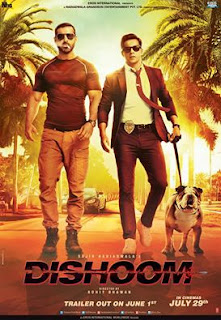 Dishoom is a 2016 Indian action-adventure film written and directed by Rohit Dhawan. The film stars John Abraham, Varun Dhawan, Jacqueline Fernandez and Akshaye Khanna. The film's score is composed by Abhijit Vaghani and the film's musical numbers were composed by Pritam Chakraborty. The film is released worldwide on 29 July 2016. 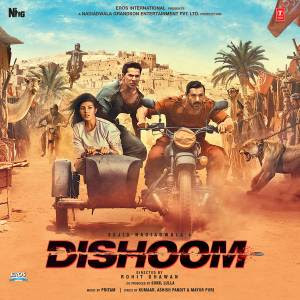 The music for Dishoom is composed by Pritam while lyrics have been penned by Kumaar, Mayur Puri and Asish Pandit. The music rights have been acquired by T-Series. The full music album was released on 15 July 2016.