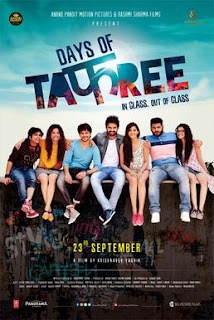 Days of Tafree is a 2016 comedy Bollywood film written and directed by Krishnadev Yagnik. Produced by Anand Pandit and Rashmi Sharma, it revolves around the lives of seven friends. It is an official remake of the 2015 Gujarati film, Chhello Divas.
Days of Tafree was released on September 23, 2016.