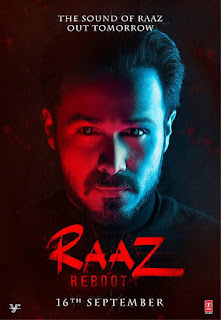 Raaz Reboot is a 2016 Indian horror film
written and directed by Vikram Bhatt which
features Emraan Hashmi and Kriti Kharbanda in
the lead roles. The film is the fourth installment
of Raaz film series.


The film's music is composed by Jeet Gannguli along with the duo Sangeet Siddharth. The first single from the film, "Sound Of Raaz" was released on 5 July 2016 by T-Series on Youtube.
The song, sung by Jubin Nautiyal is a tribute to the tradition of haunting melodies in old horror films. The whole album was released on August 19, 2016.