Ittefaq (Coincidence) is a 2017 Indian thriller film, directed by Abhay Chopra and produced by Red Chillies Entertainment in association with BR Studios & Dharma Productions. The film is inspired from the 1969 film by the same name, directed by Yash Chopra. It stars Sidharth Malhotra, Akshaye Khanna and Sonakshi Sinha in lead roles. 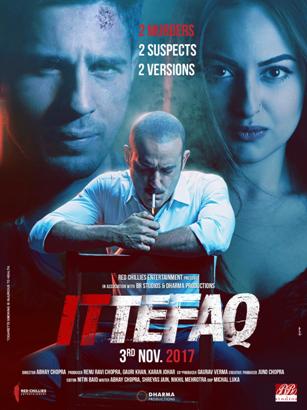 The film was released on 3 November, 2017 to positive reviews and is running successfully at the box office.