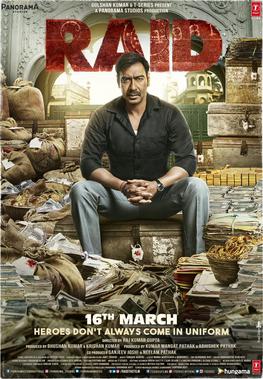 The film is inspired by the real life Income-tax raid that was conducted by the officers of the Income Tax Department under the leadership of a courageous and upright Indian Revenue Service officer in the 1980s. It was released worldwide on 16 March 2018, and was met with positive reviews from critics.